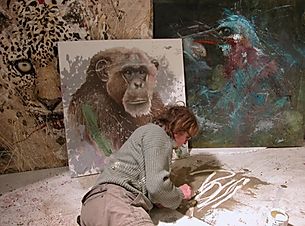 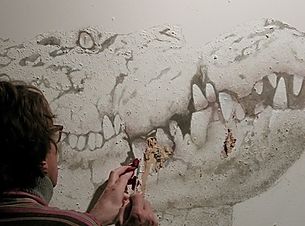 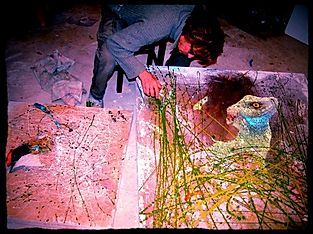 Born in Lyon in may 1957, GR , he grew up as a " city Tarzan " in the golden head park, with his head full of images of Frederick Rossif and Dactary; in the back of the garden, he imagines a jungle in which he believes is Robinson Crusoe.

One night, when he was down in the dumps, he opened an art book of Robert Bateman about animals. He became fascinated, and his eyes were opened: he turned the pages of this book which he never heard of before and he knew that this is what he wanted to do ! He started again to paint and never stopped. He immortalizes the animals on the canvas and regains its childlike soul. His hand always looks for the ultimate truth and his perfect ability to translate emotions, sensitivity and vulnerability of these animals is repulsed by mechanical civilization. He goes around wildlife parks and looks amazed by the wildlife around him. He has made several trips to Africa, where he observes and photographs wildlife in its natural raw environment, in order to copy with accuracy, the form and movement of an animal until it ultimately looks alive. 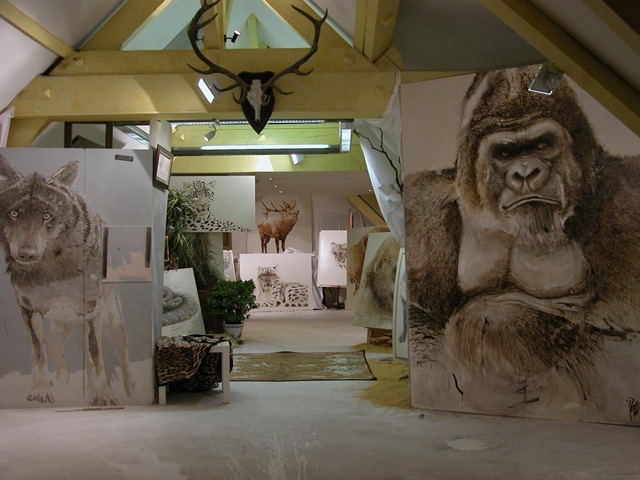